Daily updates from life in a van. 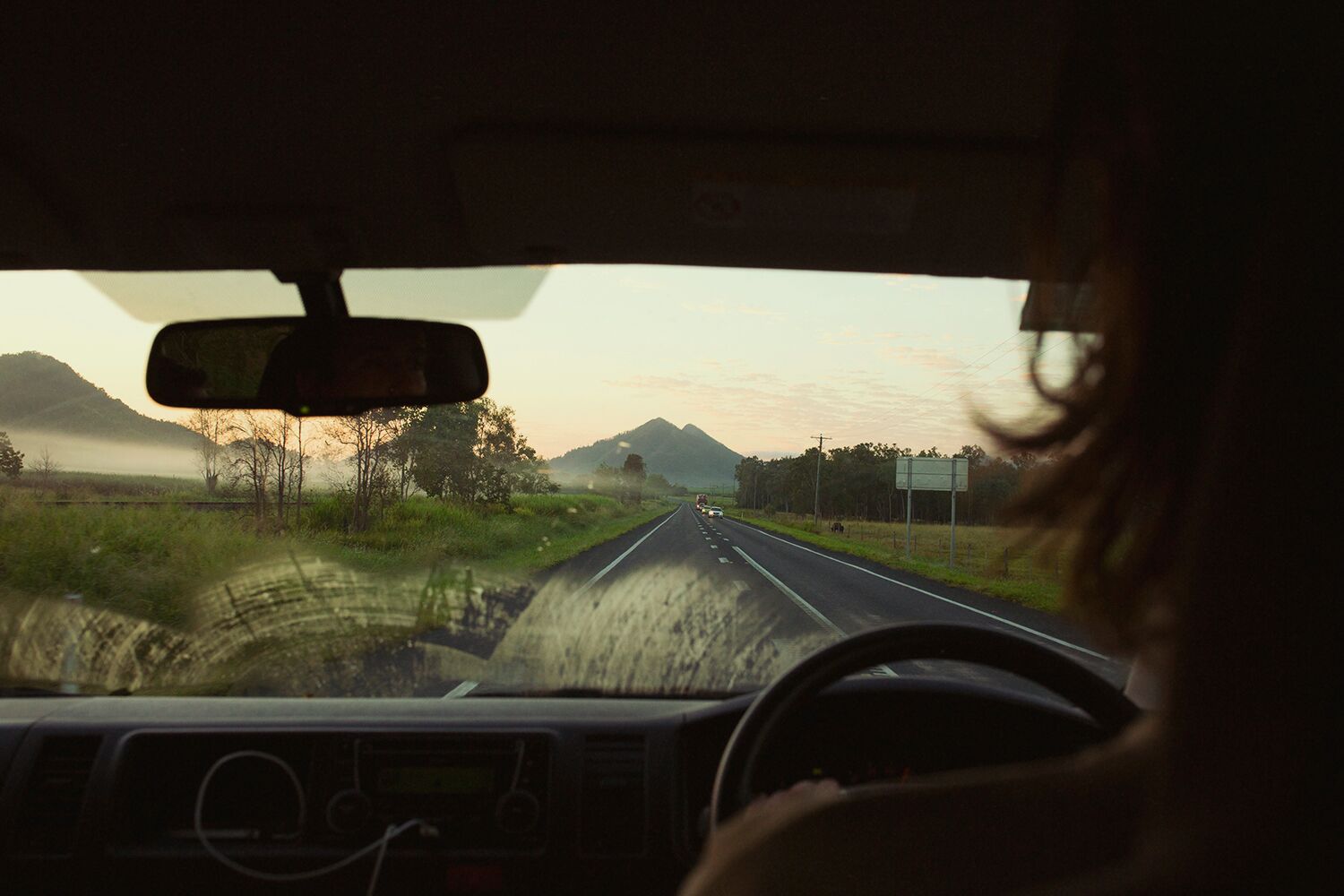 Flame trees burn bright smudges against the shades of green and every passing acacia proffers up its foliage like a polite waitress, palms extended flat. Flat fields of sugarcane are punctuated by the tiny railroads which look a little like uncomfortable braces on a terrain forcibly tamed. As we near town, petrol stations and real estate signs spring up along the roadside, plastic hues of reds, blues and greens replacing their natural counterparts. We are in Far North Queensland, following the slow and endless rolling of the Bruce Highway from it’s tropical origins in the north right through to the distant outpost of Brisbane. 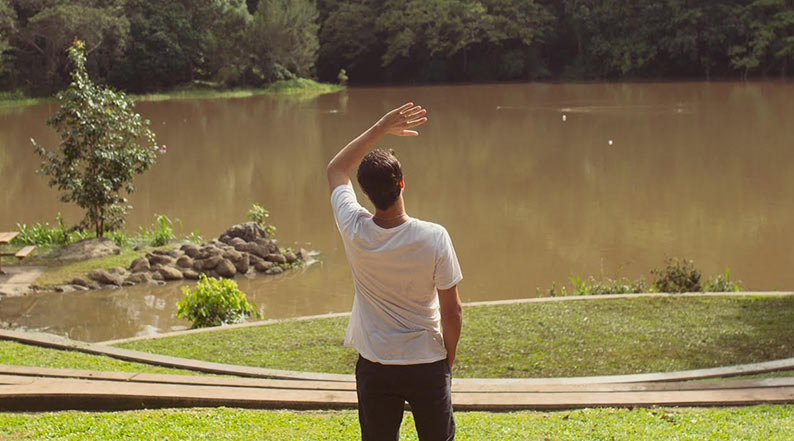 The band play at KC’s Bar & Grill, a smoke and tourist filled venue on the edge of the main drag of Airlie Beach. Painted coral reefs and burnt orange billabongs were depicted on every exposed wall, while cork brimmed hats and worn metal plates hung from the ceiling loudly claiming: “AUSTRALIA: GOTTA LOVE IT”, and “HAPPY LITTLE VEGEMITE”. People wear cameras round their necks and wrists which sway in time with the slap of their thongs on the concrete. I felt confused here: I couldn’t see where the locals lived or did their own shopping, or swimming, or sleeping. Everything felt centred around the temporary flux of international and interstate visitors, and seemed to leave no room for that of the everyday existences that fill out the spaces between the temporary guests. 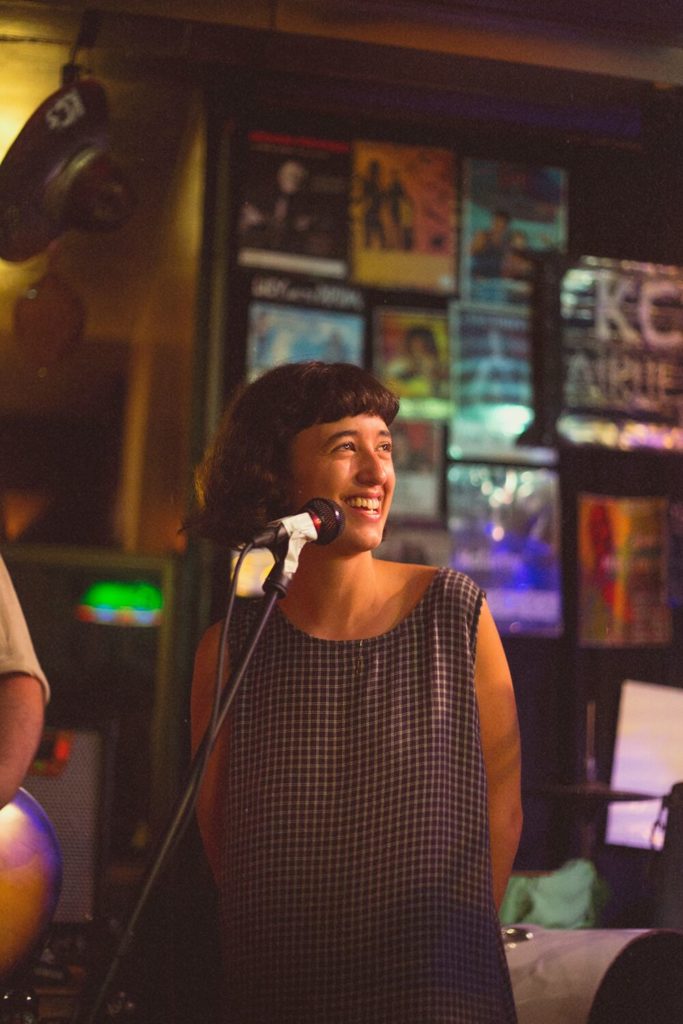 On the second night of playing covers to semi-interested, steak and thrice-battered prawn finger eating customers, a man walked in and sat himself down right in front of Dave and the rest of the band, pulled out his harmonica and pointed to it, grinning. Encouraged by Dave, he began to play, tentatively at first, and then without any shyness, failing to pause even when the verses called for quiet. It sounded good, full. And it felt good too, amongst all that Australian pastiche, to watch this man lean into his harmonica on the stool and play along to songs he knew. A woman near the bar, noticing the new arrival, shouted “carn the boys” and the boys carned dutifully in return, launching into a rendition of Eagle Rock. Watching the man pause to bang surplus saliva out of his harmonica onto the worn denim of his jeans, I wondered whether he always carried it with him and felt glad that he hadn’t made some fateful decision to leave it at home that night. He introduced himself to us as G-dog, or Gaz, funny, because his harmonica was tuned to the key of G; and a line about the chicken or the egg bounces around in my brain. 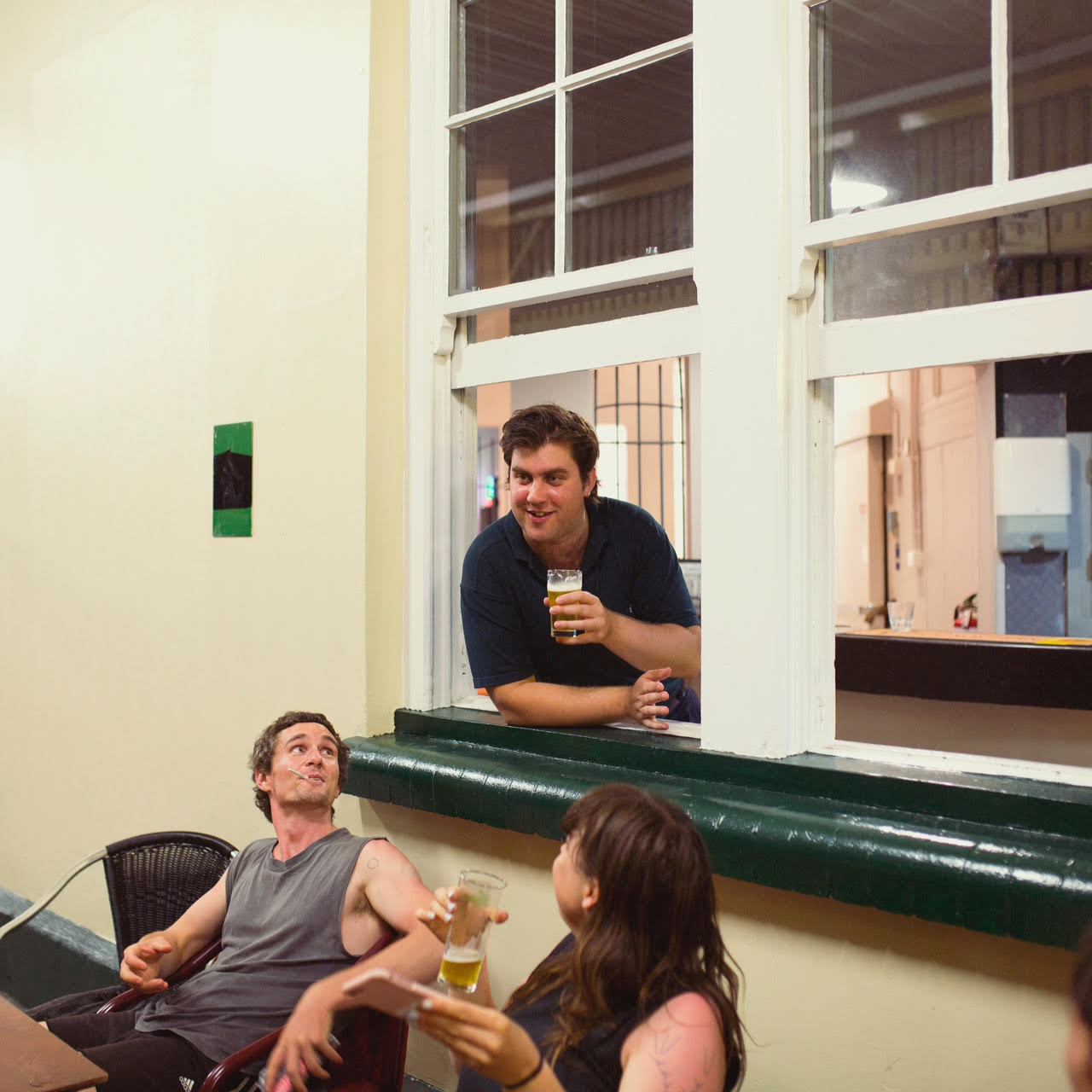 George and I had been looking at the ants on a bin outside while we smoked between songs. Green army ants were piled on top of one another on the edge of the metal lid, forming some sort of ant pyramid and waving their limbs and antenas around in the breeze. Some stray ants were elsewhere on the lid, green bottoms swaying, raised skyward, as if extremely overwhelmed by some sort of feeling I probably won’t ever get to feel in my limited, not-ant body. G-dog noticed us noticing and proceeded to pick up the ants between his suntanned fingers and bite their bottoms off, accepting their offering. “Tastes like citrus”, he explained. He was probably right, I reckon. 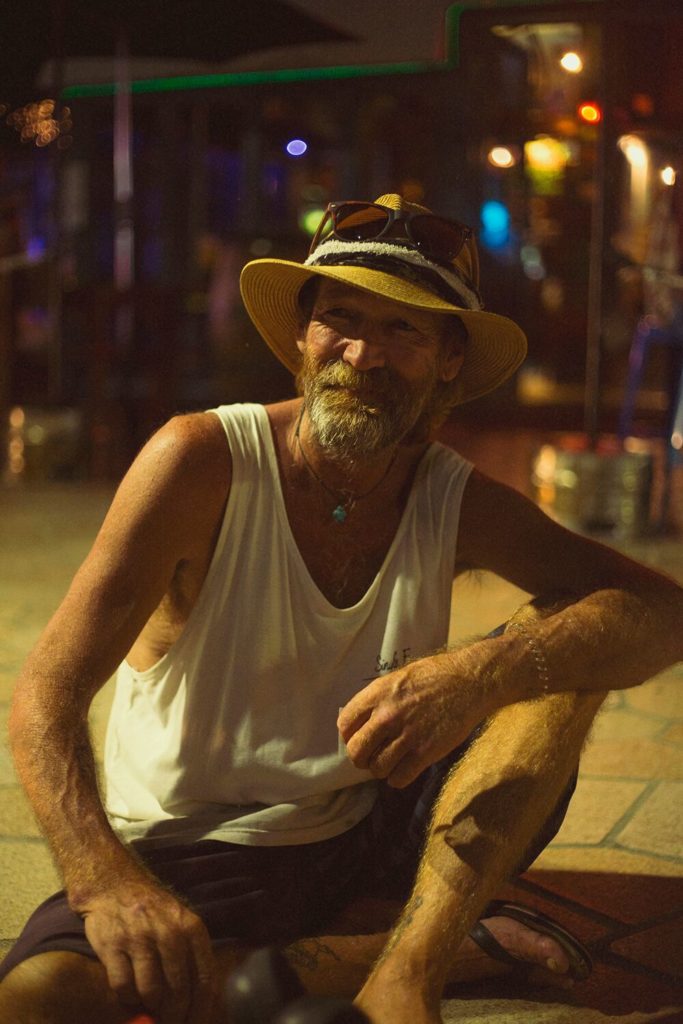 We are driving to Brisbane today. 14 hours. 5:54 am. The landscape is changing again, something new. The sun rises slow, colouring the sky gold, soft lilac. The mist across the fields rises too, slowly, as though a cloud sent in the night to sleep against the earth now returns to the sky. Sugarcane higher then my head flashes by in a blur. White, worn weatherboard poking wearily up through the green.  A scene of two young boys fighting down the side of a house wearing only their underpants, one in a bicycle helmet. A  flail of small white limbs and then they’re gone from sight.

The Glasshouse Mountains glower through the spaces left between the tall pines which line the Bruce Highway. Anticipation replaces the heavy sleepy air of the van. Resting bodies stir. We all wake to watch as the mountains and pines slowly replace themselves with street signs, and pedestrians on footpaths. 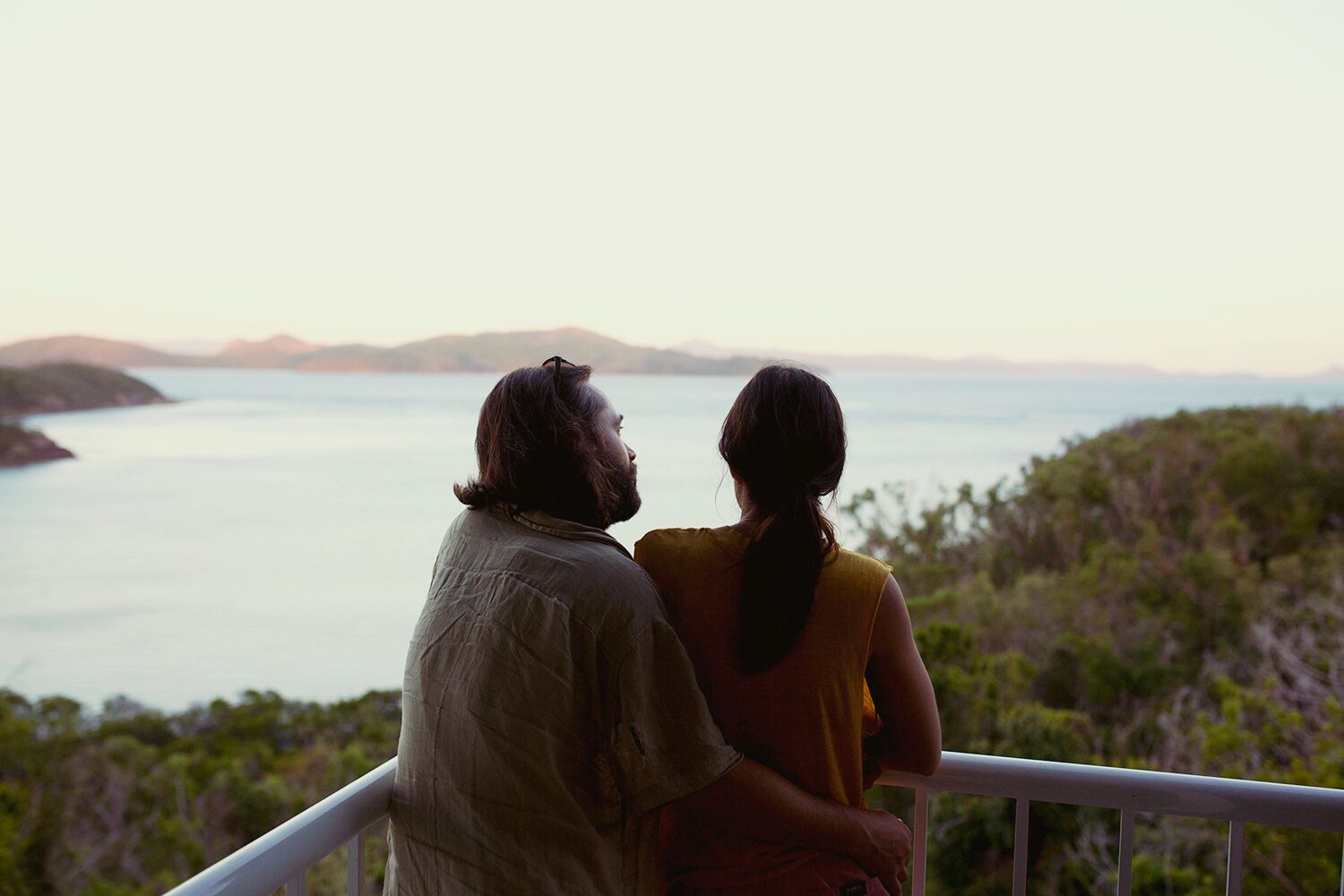 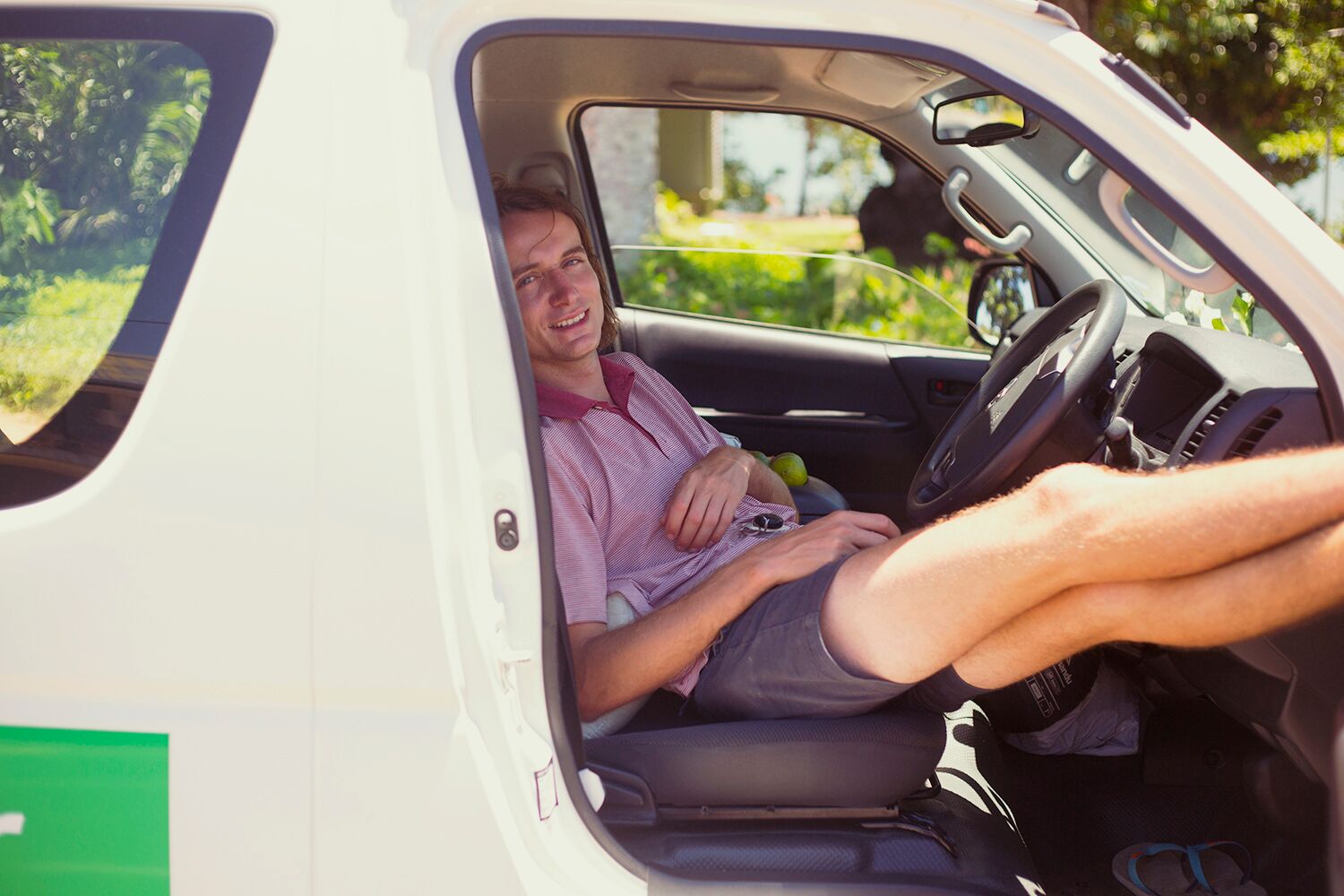 We pile out with relief, though the streets outside are stickier than anywhere we’ve been yet – back amongst the buildings you notice how much heat they hold. The smell of crushed frangipanis underfoot and shouts from pub windows blur together sweetly, sickly. The park across the road has people sat on the grass, drinking from cans and serenading each other with wonky Elton John covers played upon a piano which is bolted to a bench.

We play the show falling over ourselves, shoved in happily together, at the back of a tiny bar called The End. Punters leap over guitar leads, pulling them out of pedals on their way to the toilet. On the drive back to the hostel the van lurches down side streets and we all sing AC/DC loudly, together. I can see the lights on in all the skyscrapers, slow blinking and unconcerned with our small migration as it passes them by. 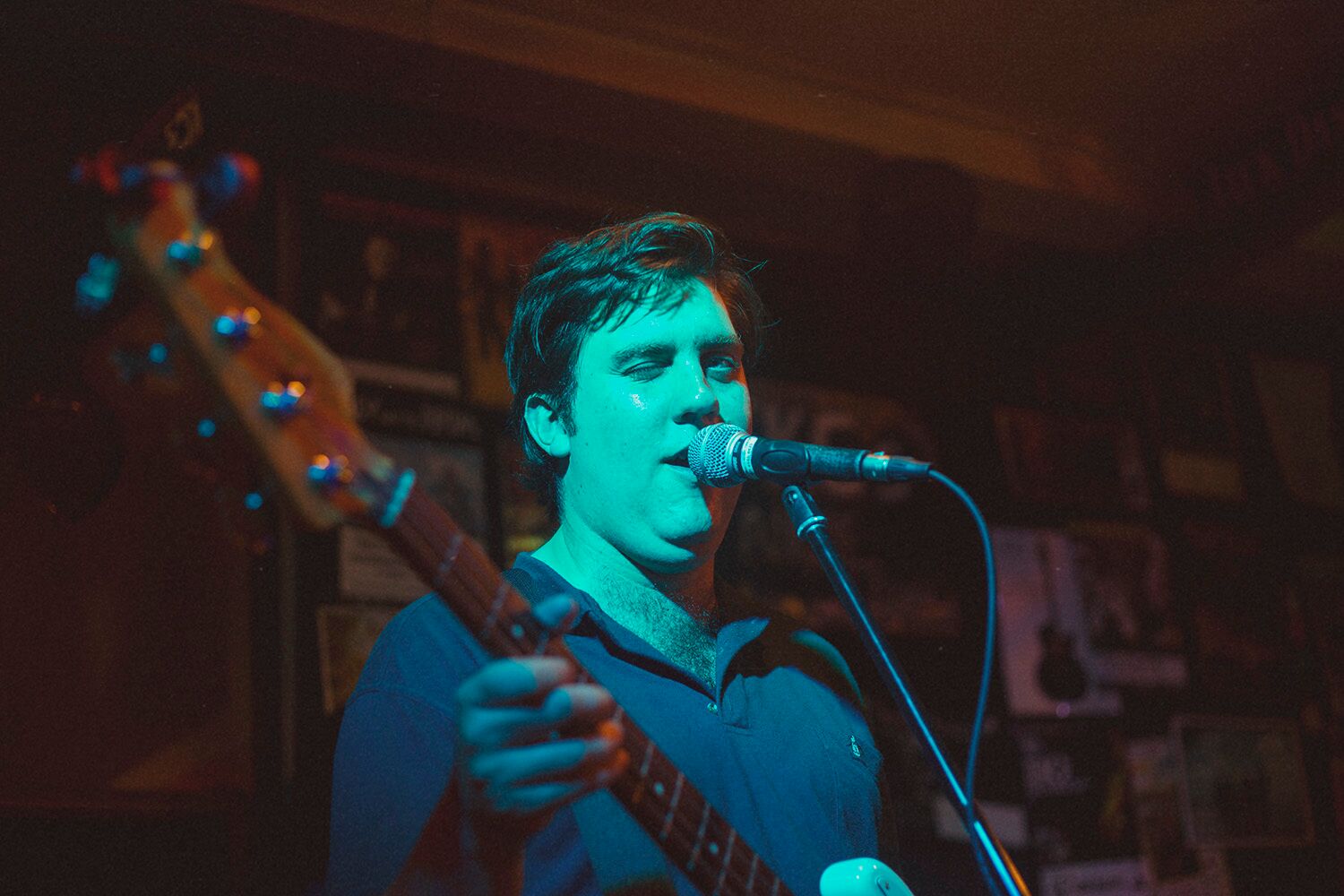 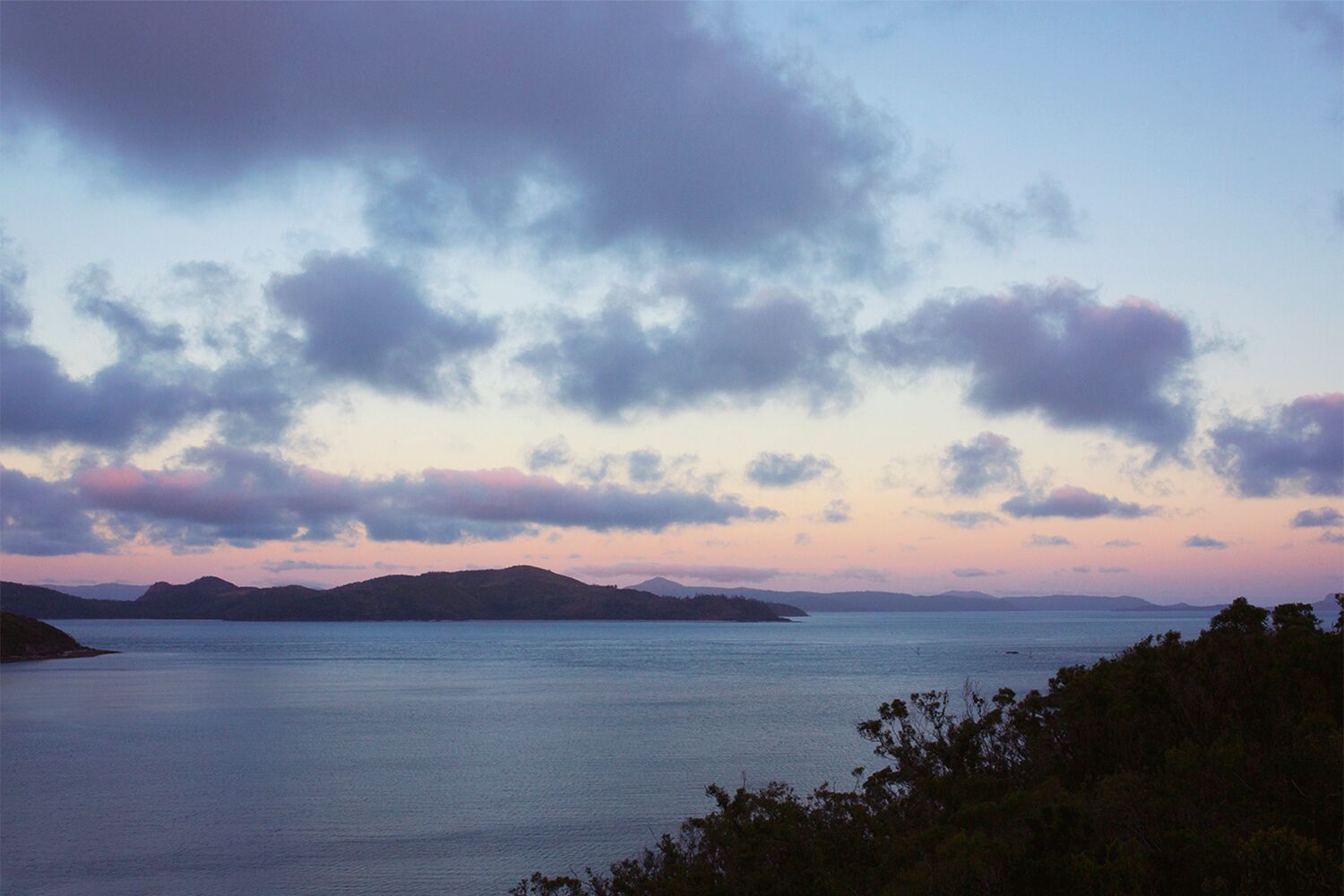